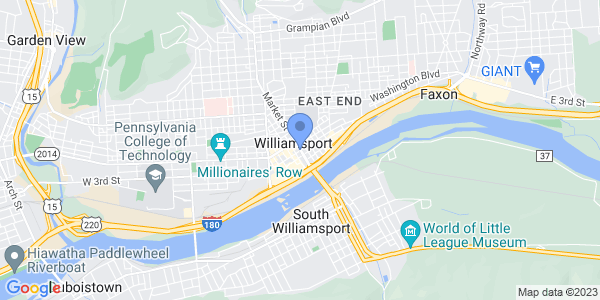 One of baseball’s oldest and most distinguished ballparks is Williamsport’s own Historic Bowman Field, home of the Williamsport Crosscutters, a member of the NEW MLB Draft League featuring the top draft eligible prospects from across the country as they get ready for the MLB Draft. Be sure to stop by Historic Bowman Field and catch the Crosscutters play a game during their season which runs from late May until mid-August.

Historic Bowman Field, opened in 1926, has been an enduring feature during the years of Williamsport’s baseball experience, providing local fans many thrills, disappointments and excitement. The origins of Bowman Field occurred at a meeting of Williamsport baseball officials and city officials at the Ross Club late in the summer of 1924. The meeting concerned the building of a new ballpark, on land owned by the Williamsport Water Company, in Memorial Park. (Williamsport’s professional baseball teams had been playing at the Williamsport High School athletic field at the corner of West Third and Susquehanna Streets, now the site of the Pennsylvania College of Technology). Negotiations on this matter continued into the summer of 1925. In July, both parties were able to reach an agreement to construct a new ballpark. Prominent businessman and baseball booster, J. Walton Bowman was put in charge of fundraising.

Steeped in history, over 600 former Williamsport players have gone on to play in the Major Leagues including Hall of Famers like Jim Bunning, Bill Mazeroski, Jim Rice, & Nolan Ryan in addition to dozens of current MLB players.